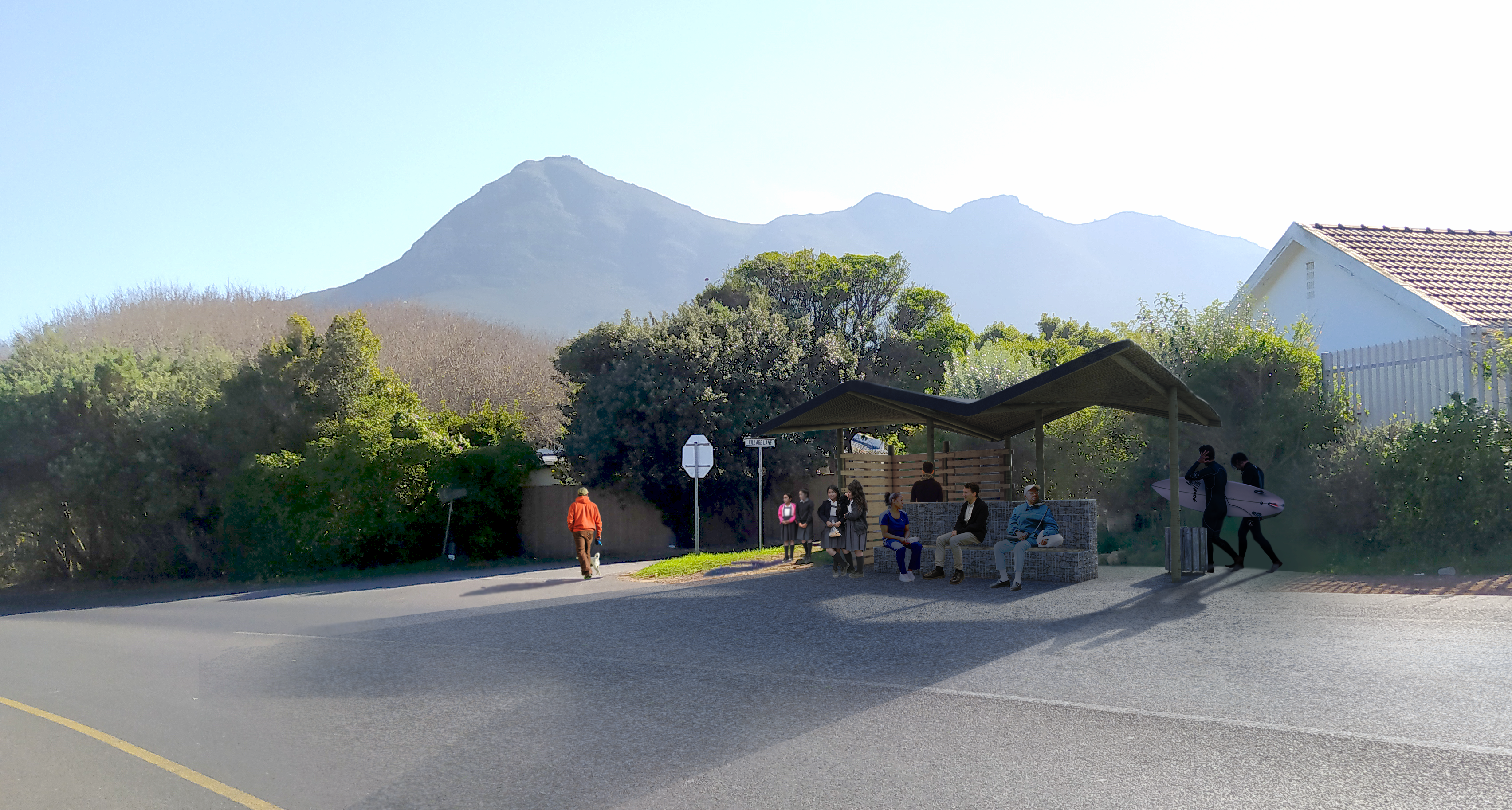 The Noordhoek Ratepayers Association (NRPA) is delighted to announce the winners of the Noordhoek bus shelter competition: Mila Ashton and Les Jellicoe. 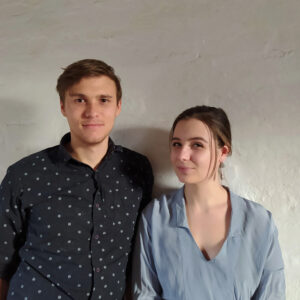 The couple are third year architecture students from UCT. Mila grew up in Noordhoek and they spent lockdown living in the valley with Mila’s parents. “It was just before exams so we thought this would be a fun project to do,” they joked.

Explaining how they went about it, Les says: “The base part of architecture is testing the site and the conditions of the site. So, we drove to each site to check. We had to be sure our design would provide shade and that would it be comfortable in strong winds. We had an A1 page with all our ideas, we were scribbling them down as we went, or blocking them out if we saw they wouldn’t work. In the end we picked our favourite one which suited the brief best,” he says.

Mila says, “I was very interested in the textures we found to use. The brief said wood, so we were looking at different possibilities with that material. We wanted the material to be sourced locally and environmentally friendly – in keeping with the vibe of Noordhoek.”

Les says, “I like the idea of a really cool bus shelter. We designed the seats so they can be used in different ways, people can lean on them, or sit normally, or sit up on the higher level. I like the multi-use aspect of them. We also did a costing exercise to make sure it wouldn’t be too expensive.”

Mila says, “It was interesting to work on a bus shelter as it is much smaller than a house so you can really get into the nitty-gritty. We photoshopped the design onto the Village Lane site. I especially liked how the roof’s wave pattern fitted so nicely with the mountain behind it. The wave pattern gives it a feeling of the sea and then with the mountain behind, it’s very natural, very in keeping with the village. We really tried our best so we’re delighted to win,” she says.

NRPA Chairperson, Brad Bing, says, “We were so impressed with the fantastic design these two students came up with. They clearly put a lot of effort into it and we are thrilled and proud to present this design to the City of Cape Town.”

DID YOU KNOW: Supporting the NRPA costs only R200/year per household.

Become a member online at nrpa.org.za or email your name and address to treasurer@nrpa.org.zato join today – it’s the best investment you’ll make this year.

Sign up for free and without obligation.
Get our newsletters and stay up to date with events and news in Noordhoek!


Who is the NRPA?